Sosua beaches – One of them is Playa Alicia 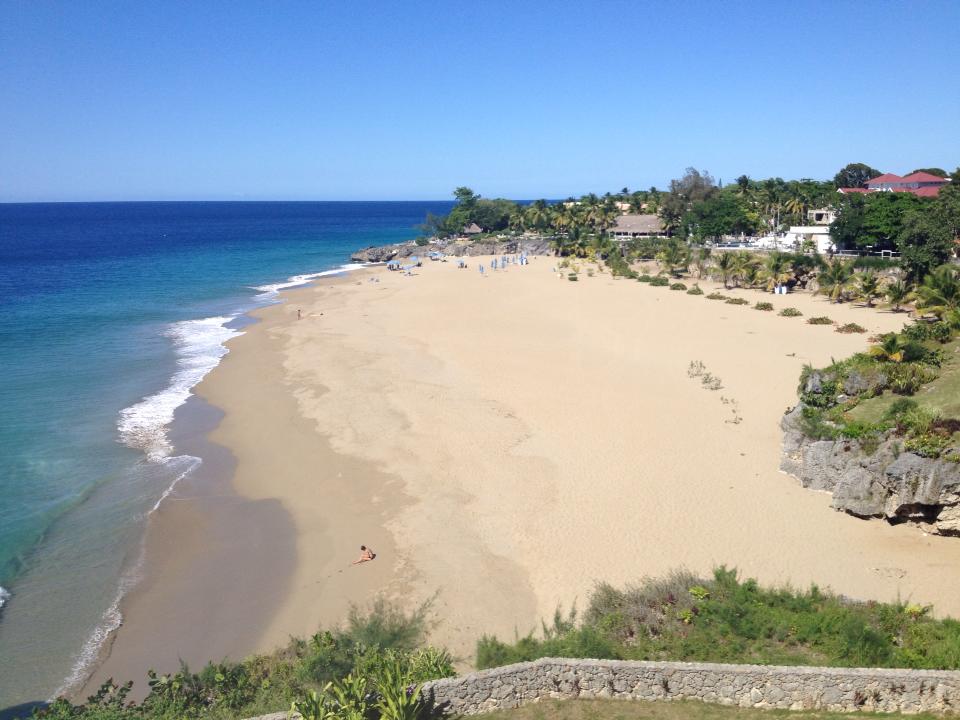 As if it wasn’t enough that the Dominican Republic’s north coast offers some of the country’s most beautiful and pristine beaches, now the beachfront tourism community of Sosua has been awarded yet another gift of nature – Playa Alicia.

The new beach began forming in 2003 when, to the surprise of locals and tourists, white sand brought in by ocean currents began to accumulate near the picturesque village of “El Batey.”  The village was founded in 1938 by 500 Jewish immigrants who traveled to this remote area in their attempts to run away from Nazi Europe. The Dominican government allowed them to settle in this particular area.

It took a few years for “Playa Alicia” – or Water Front beach, as it is currently called – to form. During the 1950’s and 1960’s the area was used as a dumping ground for leftovers from a local slaughter house.

This situation attracted lots of sharks to the nearby waters. Sosua is a resort community characterized by small and quaint hotels, apartments and villas.

The town offers visitors a diverse range of local and international restaurants. All-inclusive hotels, such as the ones that characterize the country’s easternmost region, are almost non-existent in this particular town. (Jose Luis Chavez, text, and photos).

Today, Playa “Alicia” has become one of Sosua’s most beautiful natural attractions. The beach can be found at the end of Calle Dr. Rosen in Parque Mirador Sur. The small park is a lovely place to watch the most beautiful sunsets while sitting on a bench and enjoying a cold Presidente beer.