Dining Out In Puerto Plata Restaurants and Eateries

Of the three major cities on the North Coast of the Dominican Republic, Puerto Plata does not have a beach culture as do Cabarete and Sosua but very good restaurants & a history. 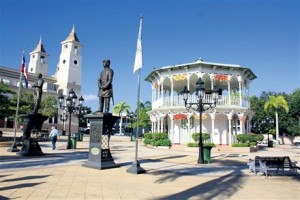 It is a classic, New-World, a Spanish city with a town square, the Parque Central, as the center of the town. It has a classic Victorian bandstand in the middle and the region’s Roman Catholic cathedral is on the south side.

This is a unique city among Hispanic countries in that its architecture is primarily English Victorian. The reason? A fire consumed most of the city in 1863 at a time when the English were a large part of the population. They rebuilt the city using their architectural style of the times. Much of it remains to this day. 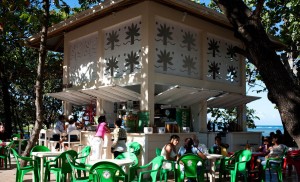 So much is it a part of the architectural style of the city, it is even the style of the new coffee houses, bars and light-fare restaurants that dot the beach along the very Hispanic Malecon of the city. A Malecon is a long stretch of land along the waterfront of a Hispanic port city that is part roadway and part promenade, where people stroll or sit and socialize at sea-side restaurants.

Restaurants dot the length of the Puerto Plata Malecon. These are favorite places to pass the time because customers have a large selection of food, plus they can enjoy the sea breeze, which was very important before air conditioning, and very important now because it is part of the traditions of the city and it is significant reason why ex-pats live on the North Shore of the Dominican Republic—to enjoy the outdoors, the breezes and the fresh air. 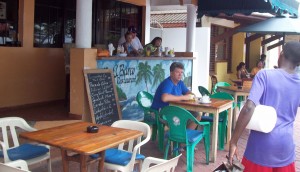 One such restaurant is Barco’s. Customers sit at sidewalk café tables or at a counter facing the ocean on the other side of the Malecon. It’s primarily German cuisine and beverage list reflects the international character of Puerto Plata and the North Coast.

Dine on Basilikum salad; a hot, breaded and fried 8-ounce round of camembert cheese served on a bed of lettuce with tomato, toast and imported cranberry jam. That and a bottle of Erdinger Weissbier and you have a perfect lunch overlooking the Atlantic. For a mid-afternoon snack, they have Tyrer Kaiserschmarrn; cinnamon, apple and raisin dessert in ½-inch pieces of crispy pastry. 809-794-2337. 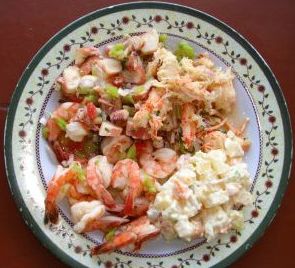 Though the national foods of the Dominican Republic are simple fares of mostly chicken or beef, with rice and beans, the people have a hidden lust for fish. This is revealed at the 15 or so fish restaurants clustered along the highway to Santiago about ten miles west of Puerto Plata in the fishing village of Maimon. The one with perhaps the greatest variety is lunch at Maimon Parada. Choose what you want or choose everything out of  24 or so items of fried, stewed and marinated fish with fresh local vegetables and salads. 809-374-5806. No reservations.

One of the good things about living in the Dominican Republic is that none of the food you eat comes from a distance more than two hours away. It is all fresh, it is all local.

Mares Restaurant is owned by chef Rafael Vasquez who has run many kitchens in the better in Puerto Plata and Sosua. His cooking is characterized by the passion for flavor, freshness, and creativity. The restaurant is in a former home with a pool and a garden surrounded by tall trees.  Diners are treated more like guests than customers, which is one reason it is rated #1 in Puerto Plata on TripAdvisor. The main reason is the food: creative and tasty.

This appetizer you won’t find just any place and you will not soon forget: Plantain “Mofonguito” With Goat; mashed, fried, green plantains served with a de-boned goat, marinated in Brugal rum. 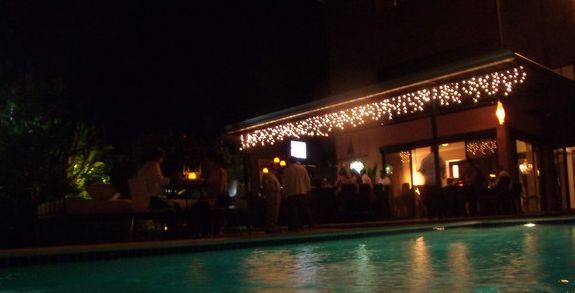 You have a choice of dining inside in air conditioning or in the cool of the evening in the garden and listen to the crickets and tree frogs in the background—nature, and dining at its finest. This will be your dining room away from home. Reservations accepted: 809-261-3330